The FBI violated the Constitution to track down ‘racially motivated violent extremists.’

And if you think this happened regarding the “increased danger” because of the Capitol riots on January 6th – you’re totally wrong. It has been going on way before, and according to sources, it started in the very midst of the November elections!

“The FBI’s requests for access to masses of electronic communications harvested by the National Security Agency (NSA) is revealed in a newly declassified report from the United States’ secret surveillance court,” the Daily Mail reported on Monday.

“It shows the FBI has continued to perform warrantless searches through the NSA’s most sensitive databases for routine criminal investigations, despite being told by a federal judge in 2018 and 2019 that such a use was an unconstitutional breach of privacy,” the report continued. “NSA is the lead agency in making targeting decisions under Section 702. It may not task a selector without first determining that the target is reasonably believed to be a non-U.S. person outside the United States (a ‘foreignness determination’).”

The NSA database is totally exploited by the FBI, regarding domestic internal investigation and surveillance, despite the very clear fact that it is against the law.

“In other words, the FBI continues to perform warrantless searches through the NSA’s most sensitive databases—the ones the NSA is not required to get warrants before filling with communications information—for routine criminal investigations that are supposed to require warrants,” the Daily Beast reported.

But here’s what’s scary – The Democratic Party knew about it and was planning for a volatile situation on January 6th – one that could potentially foment into a riot.

“The day before the rioters stormed the Congress an FBI office in Virginia also issued an explicit warning that extremists were preparing to travel to Washington to commit violence and, quote, war, according to internal reports,” House impeachment manager, Rep. Stacey Plaskett stated.

“Leading up to the event there were hundreds, hundreds of posts online showing that his supporters took this as a call to arms to attack the Capitol,” she continued. “There were detailed posts of plans to attack online. Law enforcement warned that these posts were real threats and even made arrests days leading up to the attack.”

To back the whole thing up, a “Time” article titled, “The Secret History of the Shadow Campaign That Saved the 2020 Election,” revealed the “advanced” plans.

“On March 3, Podhorzer drafted a three-page confidential memo titled “Threats to the 2020 Election.” “Trump has made it clear that this will not be a fair election, and that he will reject anything but his own re-election as ‘fake’ and rigged,” he wrote. “On Nov. 3, should the media report otherwise, he will use the right-wing information system to establish his narrative and incite his supporters to protest.” 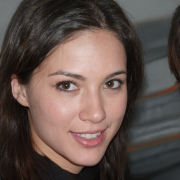 A small town girl, dreaming big, expecting to change the world with presenting the truthful events of the world today. Law degree with a master in criminology, and a devoted journalist for over 7 years, and counting.
“The pen is mightier than the sword.”

TUCKER CARLSON: According To Science – There’s No Need To Wear A Mask!

Despite All, Harry Is The One Insulted By The Royal Treatment?!

Your email address will not be published. Required fields are marked *

No comments to show.